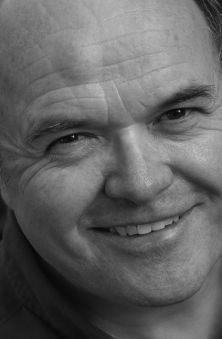 Theatre: Andy Jones has been a professional writer and actor for over 40 years; was one of the groundbreaking members of the Newfoundland comedy troupe CODCO, in both its theatrical and television incarnations. He has performed across Europe with The Madhouse Company of London, in England with The Ken Campbell Roadshow, and across Canada in theatre productions including The Time and Place (Theatre Smith-Gilmour, Toronto); Pilk’s Madhouse (Second Stage, Halifax); Love and Anger (Alberta Theatre Projects, Calgary); Pope Joan (Nightwood Theatre, Toronto); The Postal Show (Theatre P.E.I., Charlottetown); and Bloomsday (Anna Livia Productions, Toronto).