Ronnie Dean Harris aka Ostwelve, is a Stō:lo/St’át'imc/Lil’wat/N’laka'pamux multimedia artist based in New Westminster, B.C. Beginning in music, he has explored various mediums such as TV, film, visual + sound design alongside various research subjects including history, cosmology, genealogy and Indigenous policy.

In late 1951, Sḵwx̱wú7mesh leader Andy Paull wrote an article which would later serve as a eulogy for our Grandfather Chief Kwikwetlem William aka xem-tey-nem. In this article, Andy would recognize important events in our grandfather’s life. From his witness of the first settlers on the river to his attendance and witness to an important historical gathering at Sapperton for then Queen Victoria’s birthday with Governor Frederick Seymour to his assault by an inmate at the Colony Farm Forensic Psychiatric Hospital.

Also in this article, was a mention of stories told by our Grandfather Kwikwetlem about how “sasquatches would uproot trees where the City of New Westminster now stands and were seen carrying as many as five salmon on each hand and bales of smoked salmon to their abodes in the forest.” Living in New Westminster, this caught my attention and I wanted to be able to tell this story and explore this memory in this space and time.

He is also a contributing storyteller to the Vancouver edition of Indigenous Cities, 2021. 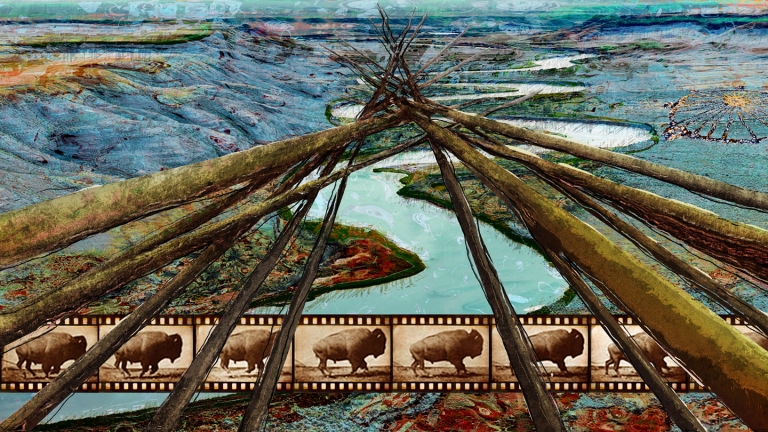 A unique audio storytelling experience based on memories from Indigenous community members interpreted by Indigenous artists.