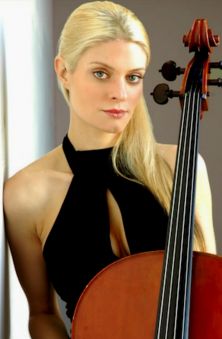 For the NAC: Beth has worked both as chamber and orchestral musician with the NAC Orchestra and performed in masterclasses for Pinchas Zukerman.

Theatre: Beth was a part of the Broadway production The Pajama Game (Tony Winner "Best Revival") starring Harry Connick Jr., and toured North America with the national tour of Disney’s On The Record.

Other: A graduate of the prestigious Interlochen Arts Academy, cellist Beth Sturdevant attended the Eastman School of Music (Rochester, NY) and the San Francisco Conservatory of Music where she received her Bachelor’s of Music in performance in 2001. Beth has worked both as chamber and orchestral musician with the Athens Camerata Orchestra (Athens, Greece), Feminarte Chamber Orchestra (Athens, Greece), Canadian Chamber Orchestra – founding principal cello (New York City), and Seiler Strings (Toronto). Before returning to Ottawa in 2009 Beth was stationed in New York City, where she performed with Barbra Streisand on her 2006 North American tour, played on Broadway for Phantom of the Opera and appeared on numerous television talk shows such as The Today Show, Martha Stewart, Fox and Friends and The Morning Show with Mike and Juliet. She is currently teaching in Ottawa with the National Capital Suzuki School of Music, for which she has been the school’s Artistic Director since 2010.